Episode 6: Just a chat with… Jude Ower, “Changing the World”

Episode 5: Just a chat with… Jack Renwick, “Learn to Ask”

Episode 4: Just a Chat With… Simon Coley, “The All Good Idea”

Andrew Dobbie, a designer & photographer by trade is the Founder/CEO of MadeBrave – an award-winning creative brand agency based in Glasgow, Edinburgh & London.

Launched in 2012, Andrew left his previous job as a Creative Director with a newborn baby at home and just £1000 of personal savings in the bank. Fast-forward a few years, MadeBrave has grown to have a team of 40+ people and a client roster including the likes of C&C Group, First Group, Vango, and IBM.

In 2018 Andrew co-founded BornOriginal Group, and now also sits on the board of Park Circus, a leading global sales agency and distribution company who proudly represent over 25,000 films from Hollywood and British studios and a large number of independent rights owner. 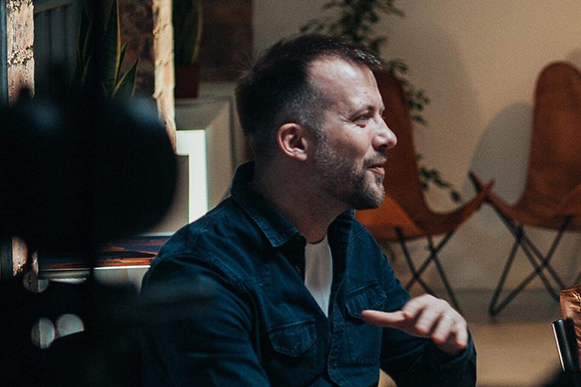 Follow us for behind the scenes and news on upcoming guests.

Sign up to our newsletter and be first to know when a new episode drops.